A good dress, slightly short for my height 160. I took the smallest size, came up 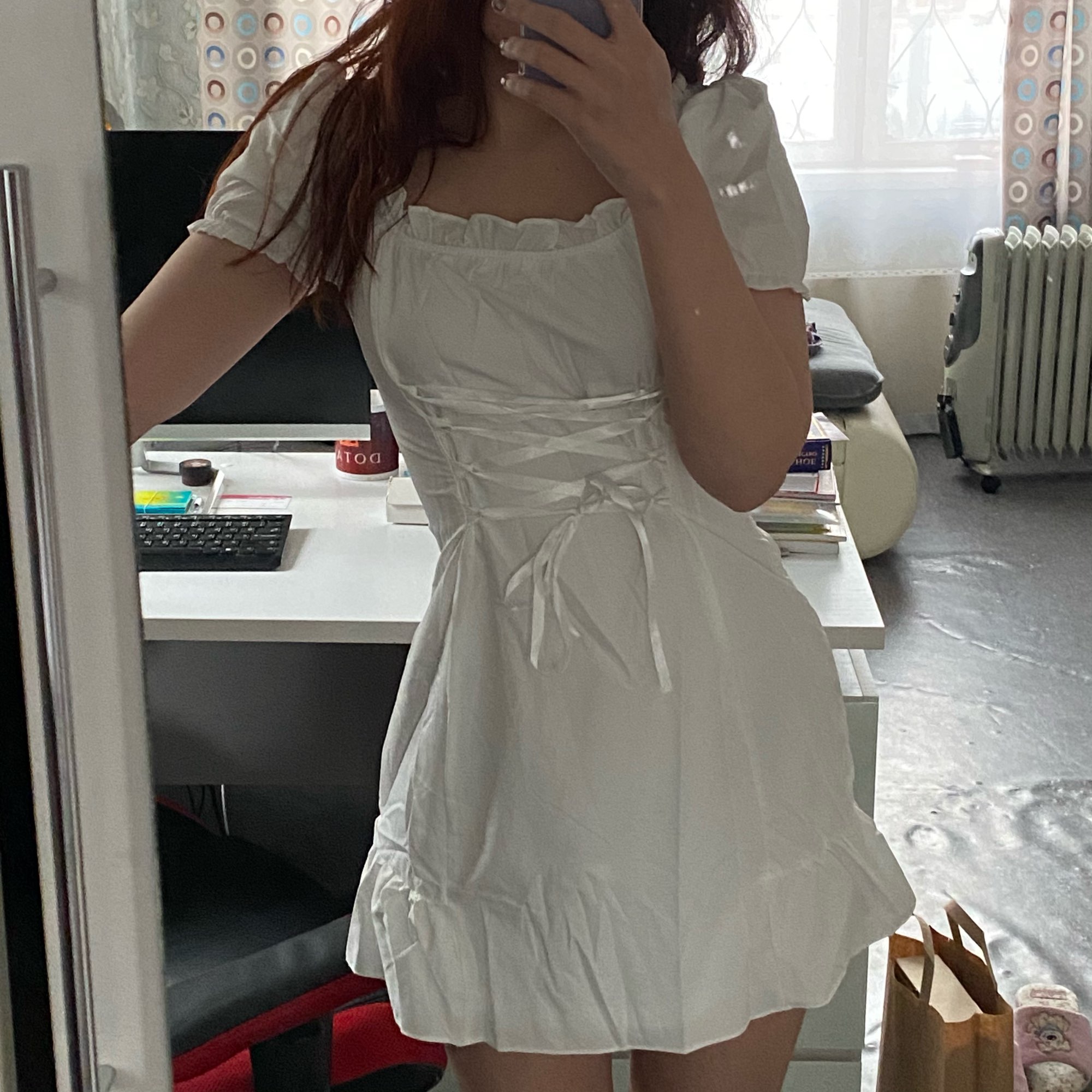 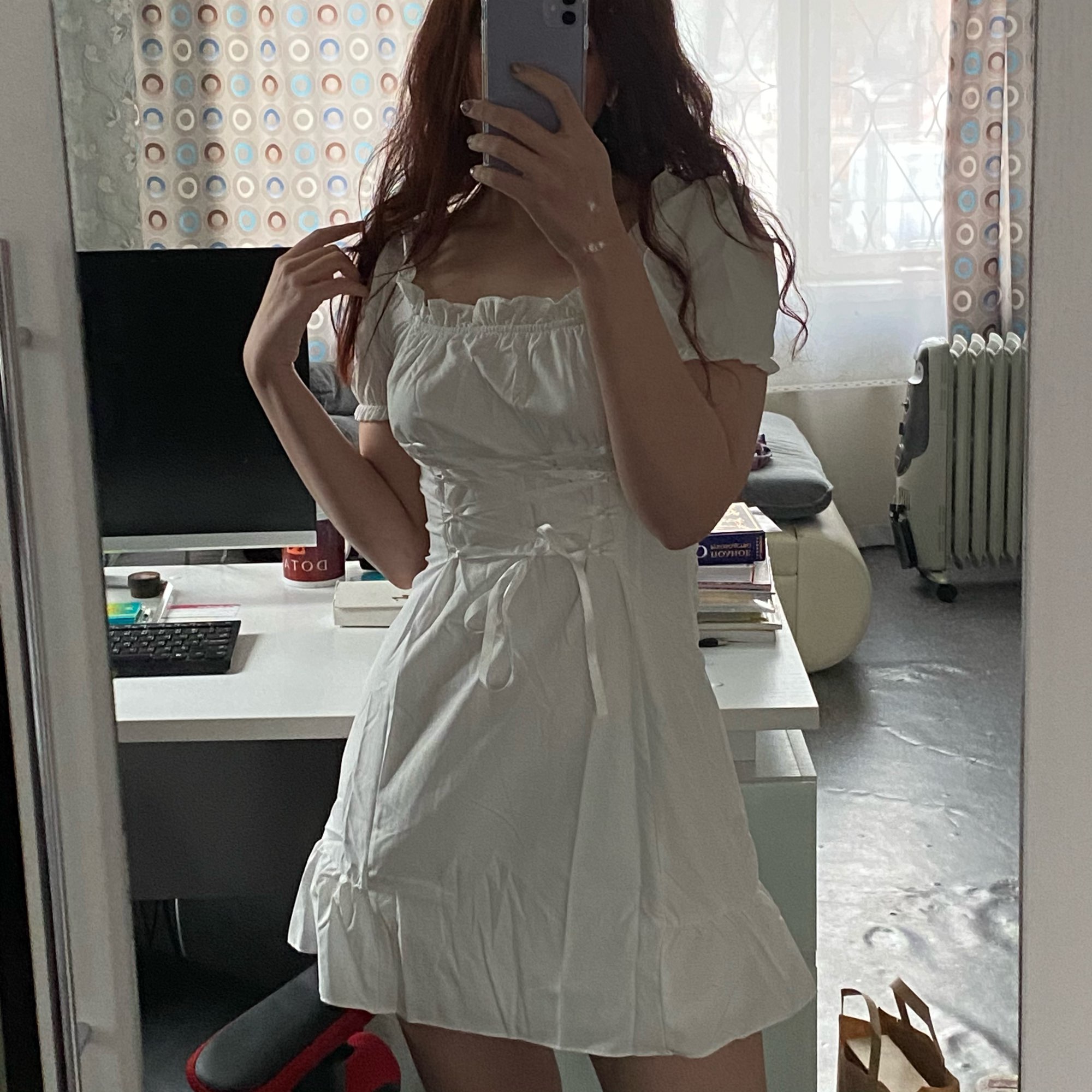 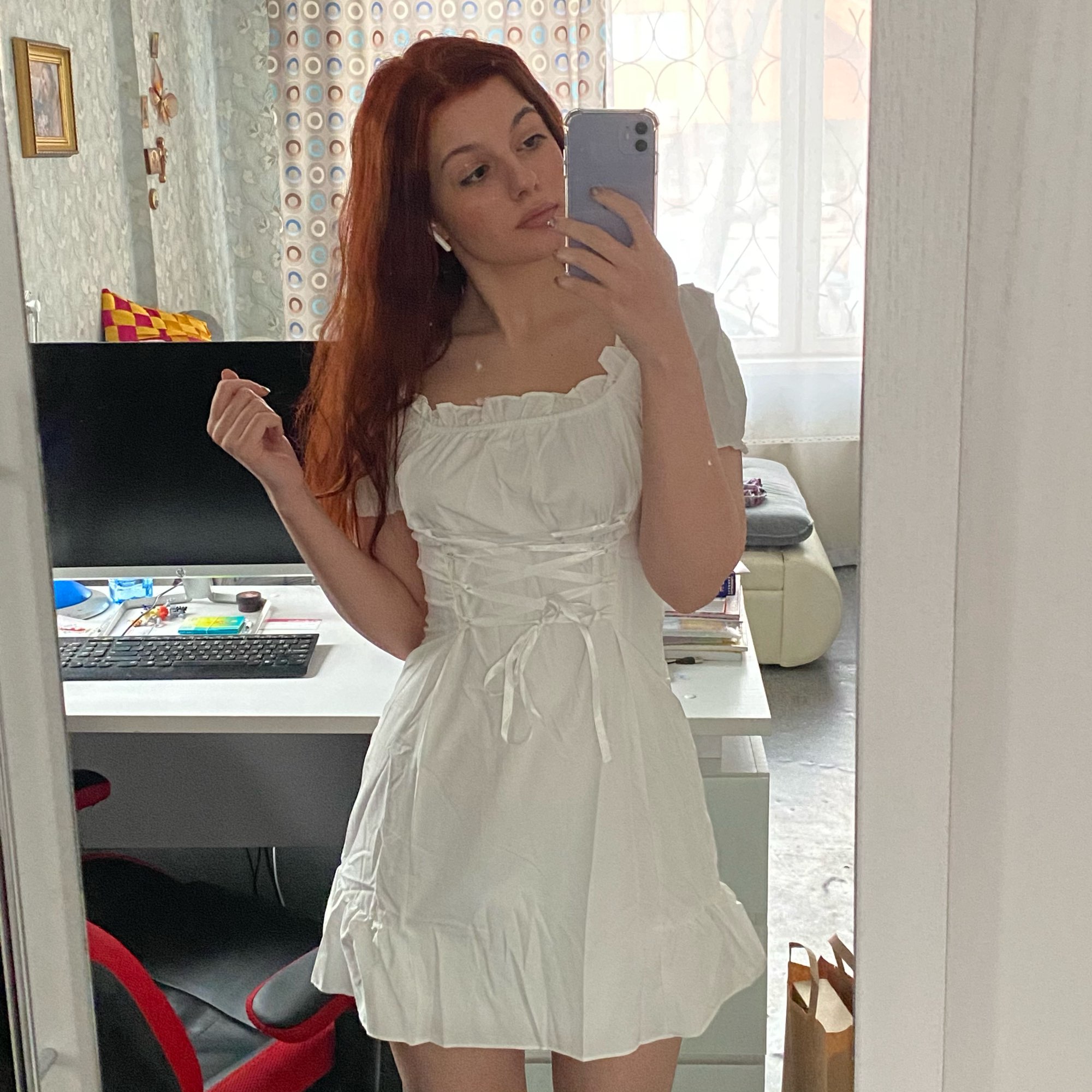 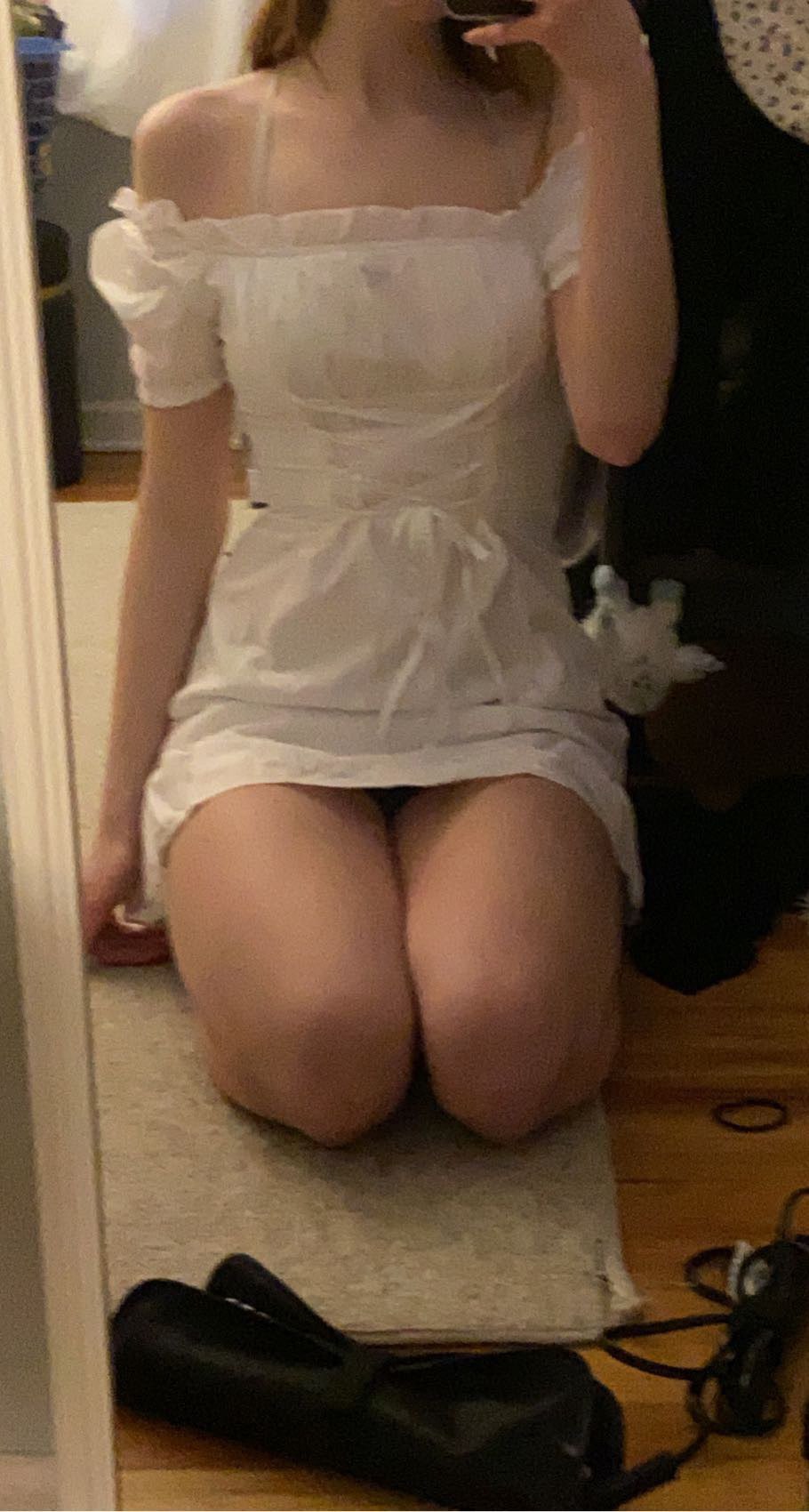 There are no minuses. this is a masterpiece. probably in it I will go under the Crown. 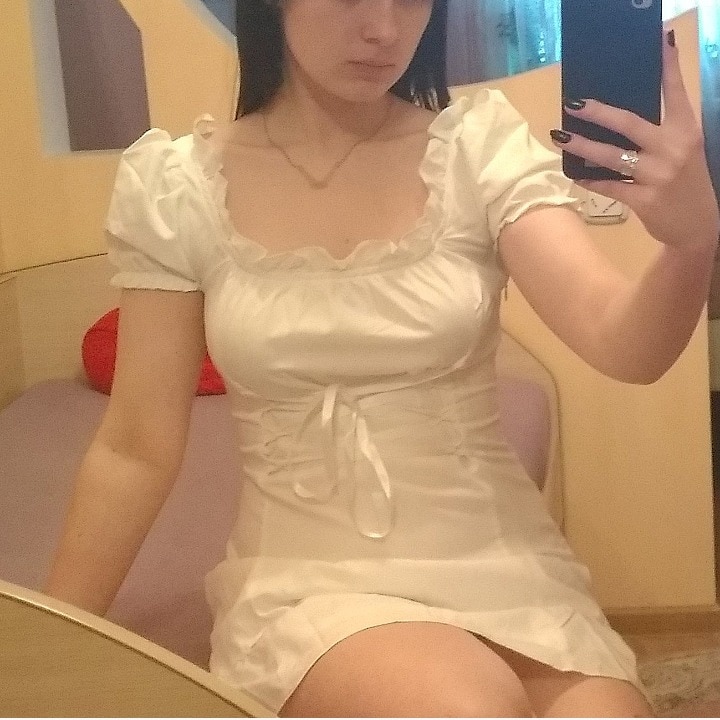 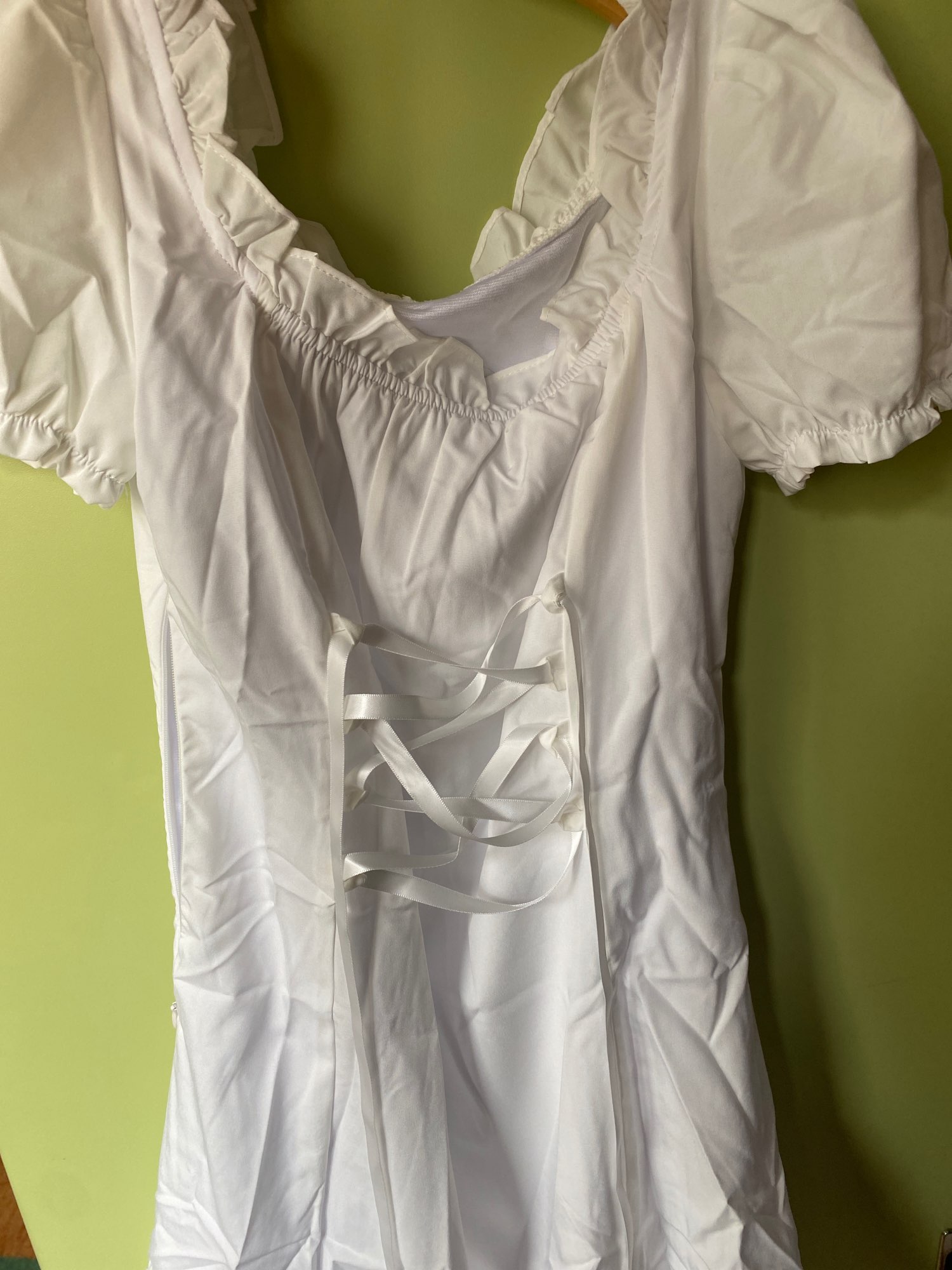 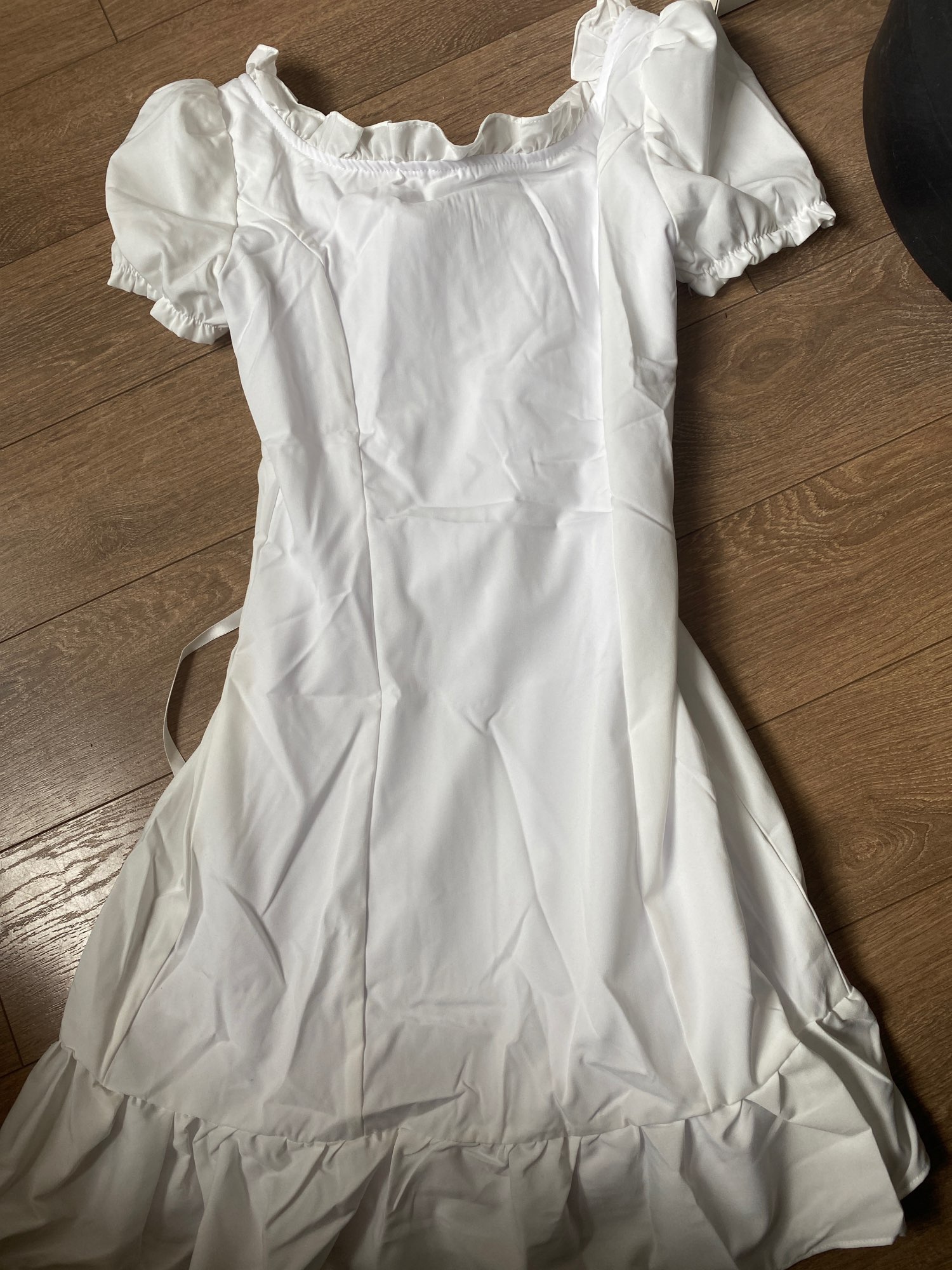 looks exactly like the picture, its very pretty and arrived super fast (2 weeks) however personally for me it hurts in the armpits/on the arms for me, but i found that wearing it slightly off shoulder fixes that issue, it looks horrible before you tie the ribbon though so better not look in the mirror before youre done with that. its not seethrough at all either since it has another silky layer of fabric under the dress. im 171cm/5'7 (1/2) and while the table did say for my measurements to take an S (81-59-90), i decided on an M and it was definitely the right choice. its also pretty short, for my height it might not be too short but if youre taller be careful. (not ironed yet in the picture, ill update once i iron it) i ironed it now and its so much prettier 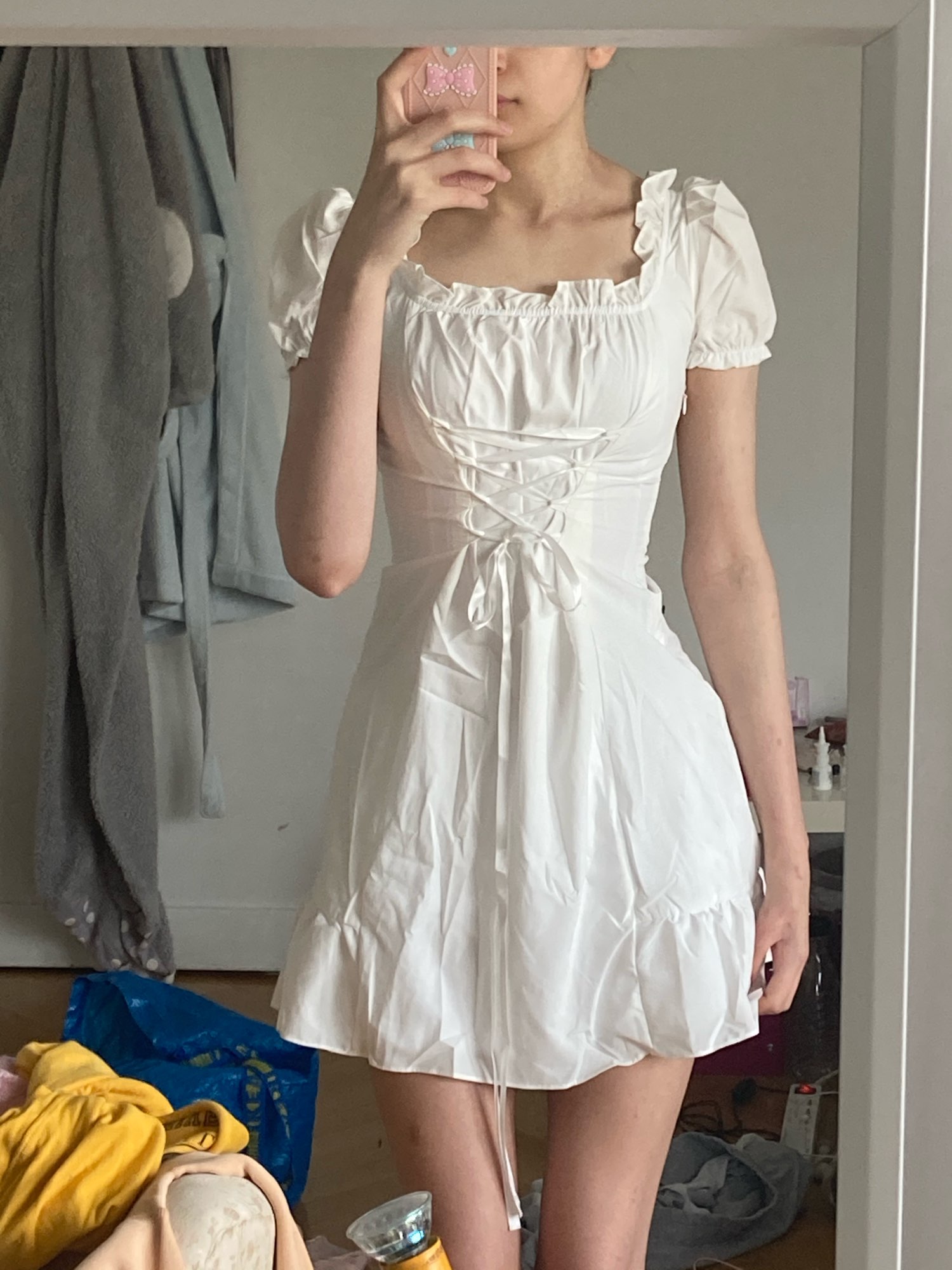 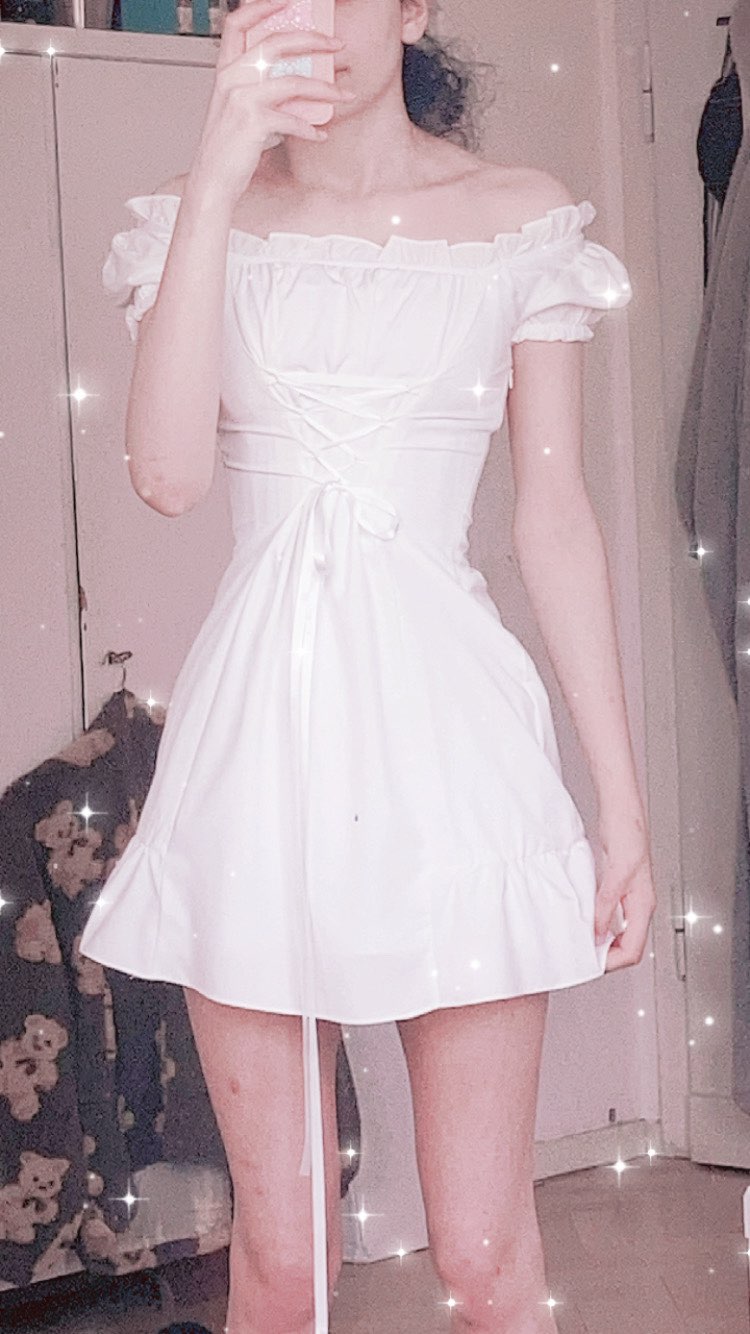